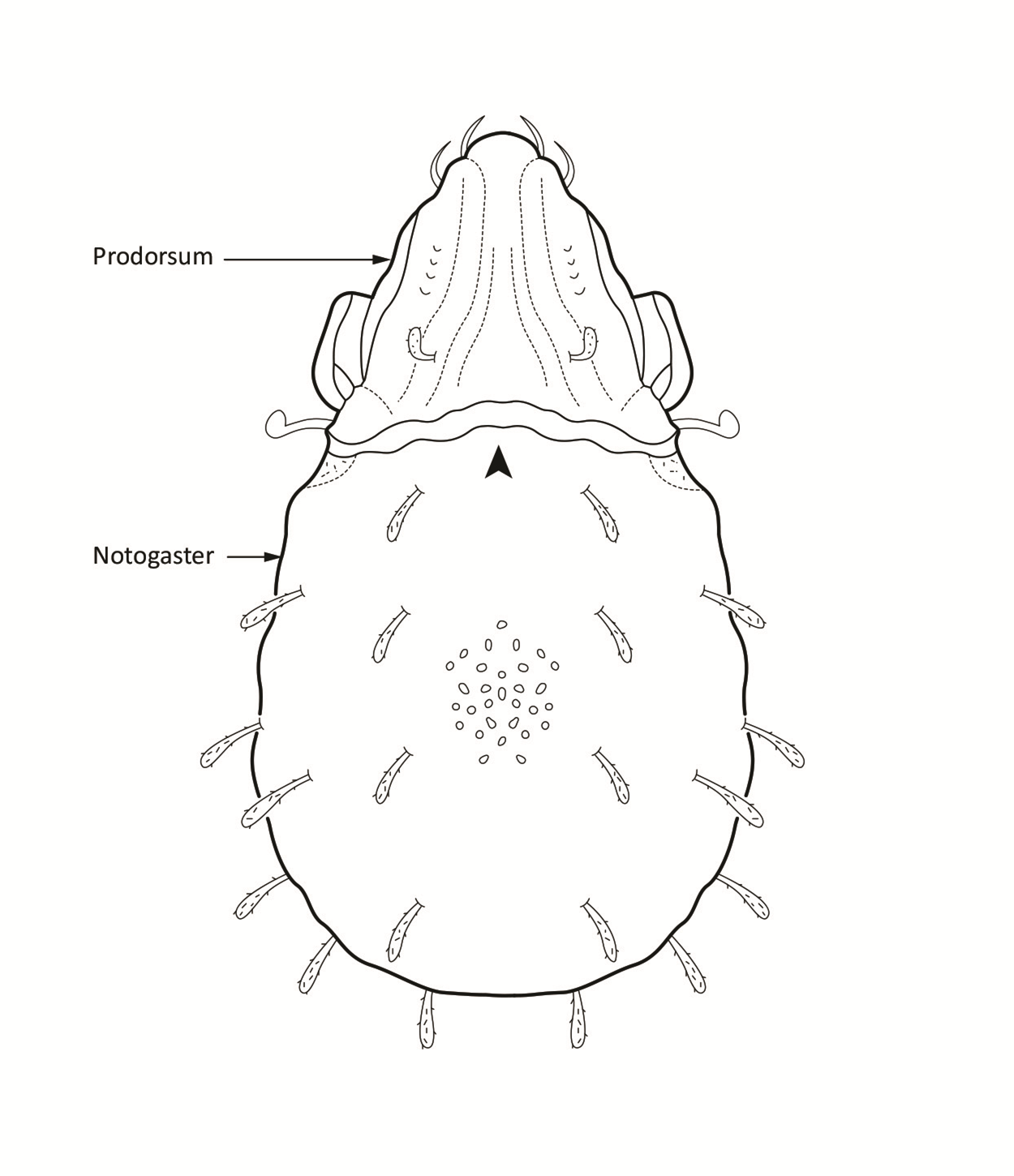 Adult: The body length is 510 µm and width is 300 µm, and the body shape is rather elongated and oval. The color is reddish brown. A thin, granular waxy layer (cerotegument) covers the whole body (see cover photo). It has a regular cuticular microsculpture on the whole body surface. In the region of notogaster this microsculpture is composed of ridges delimiting rounded, irregular, more or less large areolae. There is a deep, wide depression (marked by arrowhead in Fig. 1) between the prodorsum and notogaster that is narrowing near the bothridia. Interlamellar and notogastral setae are narrowly clavate, erect, 5–6 times longer than wide. Bothridial setae are relatively short, directed upwards, narrowly clavate, they have relatively short stem and club-shaped head covered by short, thick cilia. The cuticular microsculpture between the ventral plates is deeply areolate. 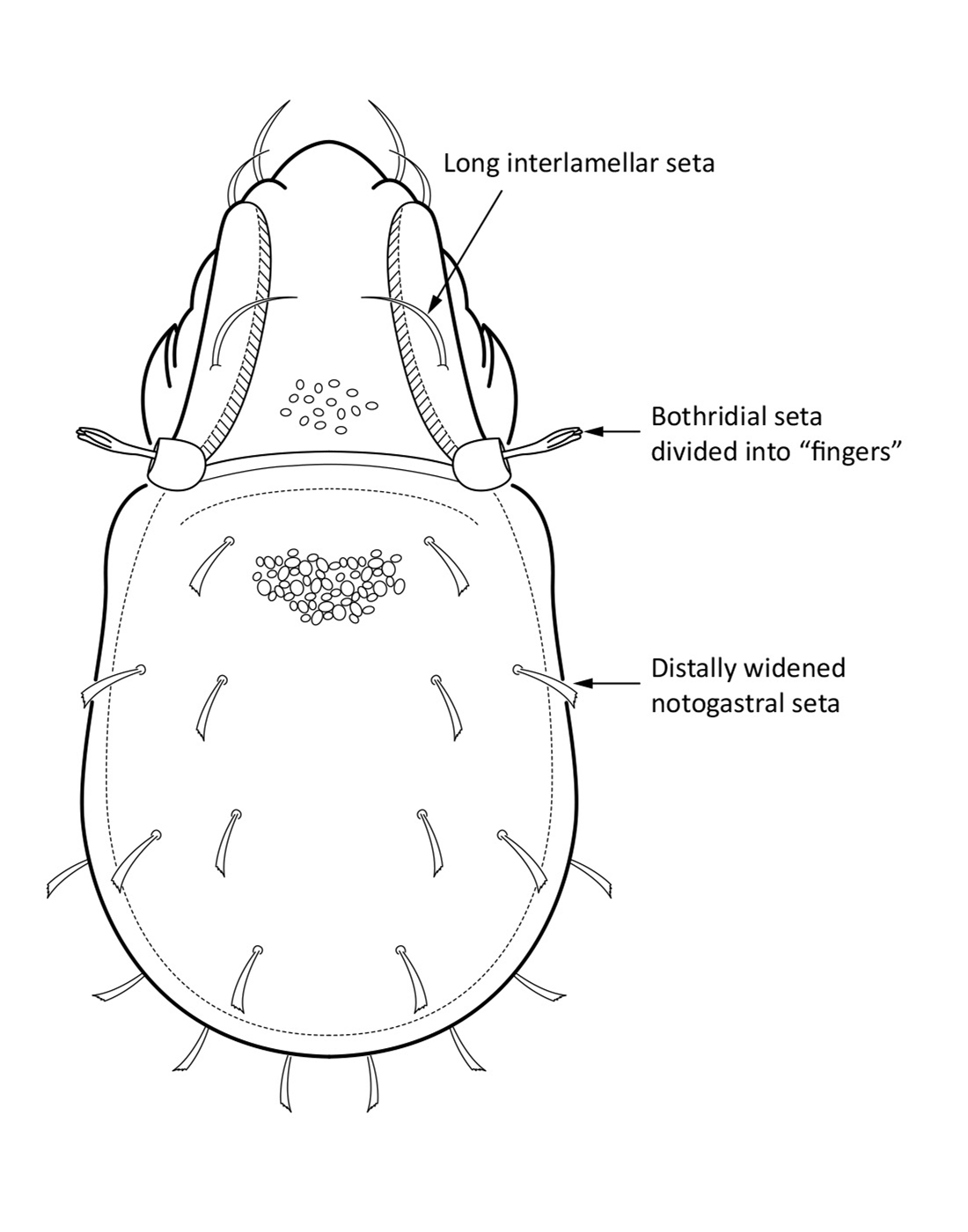 Carabodes affinis has a sexual reproduction, but little is known about its biology. Its development has not yet been studied, and also feeding preferences remain unknown.

Carabodes affinis has an interesting distribution – it is considered a Mediterranean species, but has also been found in Ireland and Norway.

The species is silvicolous, found in different forest types, prevalently in mosses on ground, trees or stony walls, but also under tree bark, in forest canopy, humus or litter.

In Norway it is rare. It has been found only twice – in 1937 it was reported by Thor from Central Norway, and recently it was found in a broadleaf wet forest in Kvam in Western Norway. Among ca. 6000 oribatid mites examined, only two adult specimens of C. affinis were found in mosses growing on a stump.